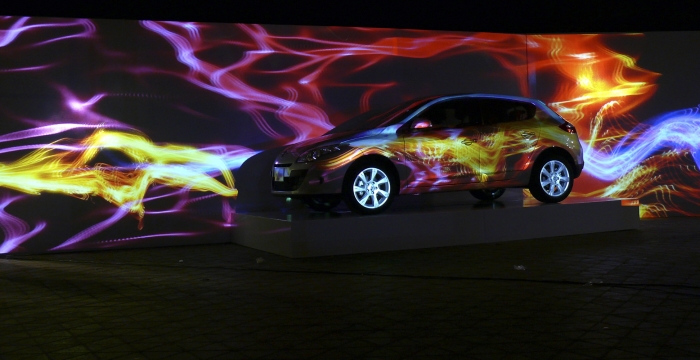 WATCHOUT was used recently in the cities of Bogota and Medellin to launch the new Renault Mégane III family car. To create the look and feel of an action-packed film, new corner pinning feature in WATCHOUT Version 2 was used to manipulate the corners of the projected image around curved surfaces such as the cars’ wheels. An extra projection layer was added to make the motion effect even more realistic and fast-paced. As the car was lowered into the stage area during the show, the result was perfectly synchronized. 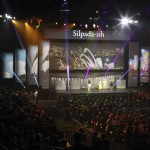 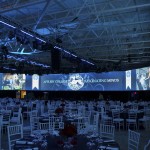